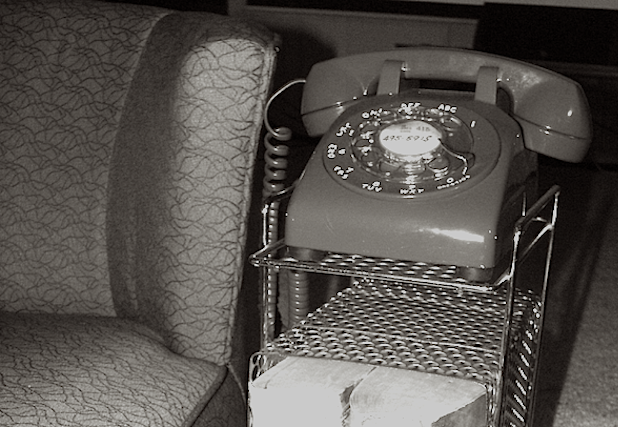 At this month’s regular meeting of the Hill Valley Women’s Temperance Group, guest speaker scientist Doctor E. Brown predicted futuristic telephones with no wires to connect them to the exchange. Discussing the new Hill Valley Telephone Exchange project launched by the Mayor last week, Brown enthused about the usefulness of communicative devices, highlighting a possibility of them becoming transportable.

The Doc explained to an enthralled audience how these telephones would be entirely cordless, meaning people could keep them in their automobiles or even carry them to work. However, he did warn that they would have to be the size of house bricks or bigger in order to accommodate a battery large enough to keep them powered.

During the question and comment time, one member of the audience asked: “why would anybody in their right mind want to carry a telephone around with them? Surely Hill Valley already has enough telephone booths to go round?” Given the new push to get residents talking (you can now call and leave a message for anyone in the directory) many of the locals present agreed. Perhaps the Doc’s more interested in the possibilities of science than the usefulness of what he’s inventing. At the Telegraph we don’t see why you’d ever need a wireless telephone to go about your business in the town or enjoy yourself at the fair and parade. Either way, it made for a fascinating afternoon.